– Around 9:00 pm, I took a taxi to fetch me to get my luggage at the train station and then to the airport.

– to add to my adventure I lost my luggage ticket, I came up with the good idea to tell him that my flight tickets were in my bag so he could compare the name on it with the name on my passport. Everything worked out fine.

– It’s 9:30 pm, my flight is at 5:40 am the next day. 8 hours of waiting at the airport. Luckily, the prices of things here are considered low. I bought a few beers at 1.50 each so that i can drink anywhere around.

– I met some lovely people from everywhere ;from Kuwait, Iran, China, Israel and many more. All folks smiles, happy under the charm of the smiling and exotic beauty of Thailand.

– Well it’s time. I fell asleep on a metal seat with my backpack as pillow.

– I woke up just in time for the boarding time

– This is the first time of my three visits that the  security conducted a hand baggage and body search control in Thailand before moving through to the boarding dock.

– I didn’t have the choice of airline, Delta Arline is fine, but no extra, no freebies.

– We were flying to Tokyo in a 747, I woke up with my meal in front of me, egg, sausage and fruit nothing extra, but right.

– Forget the beer and wine at $ 7 each, I will drink coffee, Pepsi, water and tea – Finally, Narita Japan and his campaign who has nothing of the idea that we have of megalopolis like Tokyo.

– The Japanese Customs inspection was very fast and courteous, far from the redneck Uncle Sam redneck .

– I smoked in a smoking room, one of the last airports where you can even drink a beer at the same time. Too bad no yen (money) no beer.

– On the plane, there was no personal TV screen and the audio-video system was not working properly.

– I slept and woke up just in time to order coffee and eat my meals.

– This trip was never ending. You tell  yourself we are almost there but no we still have seven hours of flight to go. I simply went back to sleep.

– U.S. Customs always like being in “purgatory”. I don’t expect a lot of fun.

– The customs officer looked at my passport and do not understand, Laos, Thailand, Laos, what was the reason for your trip? What is your profession? Webmaster what kind of website? Mostly corporate websites. He was asking me a thousand questions in a minute …

– He’s tapping a series of text into the computer while consulting my passport! It started to smell shit … Do you have a return ticket. I showed him my ticket to Quebec City.

– He took my fingerprints, took my picture as with all travelers and stamped my documents with hesitation.

– He told me to wait, stress of tightened border controls still pressurized me nonstop.

– Stay here! A huge American customs officer came to take me across a barrier near the x-ray machines and told me to stand on a rubber mat.

– They decided to bring my luggage out of the plane, he escorted me to identify my bag and brought it back to the check point.

– I didn’t panic. It’s just stressful to be considered a potential risk for Mother America.

– They searched my bag and asked me many questions while i remained polite. I told them you can look as much as you want, but there is absolutely nothing exciting in there .

– I went through the huge Detroit airport to reach my departure platform to Quebec about 1 km away.

– I was checking if I could get a flight before my 20 h. one, it’s a little bit past two o’clock in the afternoon. Unfortunately that was the only flight to Quebec City!

– I turned back to smoke a cigarette outside the airport. I’ll smoke just one because I must pass through 2 airport controls before going outside. Just for this bad habit.

– I walked in front of a Macdonald’s. humm! Burgers! I ate 3 cheeseburgers in a record time. 6 months without burgers, difficult to resist even if it’s shit … for now it’s good shit

– I wanted an internet connection, but it looked like it’s  impossible to find one here. Everyone had got his laptop, his iPad or iPhone in their hands. There’s just me too poor to having an access.

– I apologize to everyone, especially you Pearlyn, but you will hear from me in Quebec.

– I slept on the floor until my last flight departure.

– Finally, I’m on board a small plane for nearly 100 passengers to my final destination Quebec city.

– We finally landed at Quebec, the Canadian customs are probably the worst in the world. 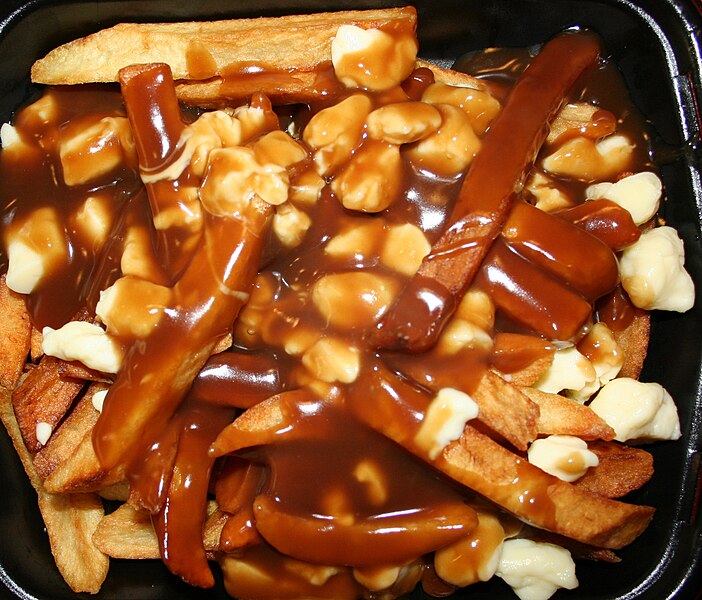 – I got asked a few questions without too much pressure, can I enter my country without going through the control room this time!

– It was just a dream. The police officer looked at my declaration card and told me to wait, a damn control again.

– He brought me into the searches room. I told them do that quickly as the U.S. customs already searched me 2 times.

– Passed your drug test ,for the rest there’s nothing to find. I do not travel to bring drugs and end up in jail.

– they had a hard time believing that I reported just $ 70 of product buying in 6 months. I travel to enrich my culture, my souvenirs and some pictures.

– Control went fast the customs were nice. They were interested in my story and let me go with a welcome back home ….

-Did you say that Customs hunger cut my appetite, but poutine (junk food of my corn) that Ashton does not refuse!

Thanks to all the great people who made this trip an unforgettable experience!

Return for the future!
Job 2 Do reggae thai 🙂
Message to dad a thai funeral video
Thailand is up to you!
Top 5 waterfalls to visit in South East Asia