The air quality has dropped to unhealthy levels for the first time in nearly three years. The situation deteriorated rapidly. At 10:00 am, the PSI was 155, then reached 226, the smog had not reached such levels since 2006

Scenario of the Apocalypse , a synopsis of the last Hollywood zombie movie. No, it happened in Singapore in June 2013. This is not fiction , it happens every day in many parts of the world, especially in the world manufacturing epicenter. The vast majority are located some China cities and poor countries around the globe like Bangladesh and some African country. When we manufacturer and assemble our product elsewhere. We do not just save on the cost of labor , but first on pollution, taxes and environmental laws.

Below, the map of hazard pollution evidence showing alarming rates in East Asia around the industrial cities of China , but also in some neighboring countries. The Problem is also there in Megacities like Tokyo , Seoul, Singapore, New Delhi, and we do not even talk about the Africa and South America. Look at the map of the route of electronic waste from industrialized countries who go straight to poor Asian countries like China, India and Pakistan. 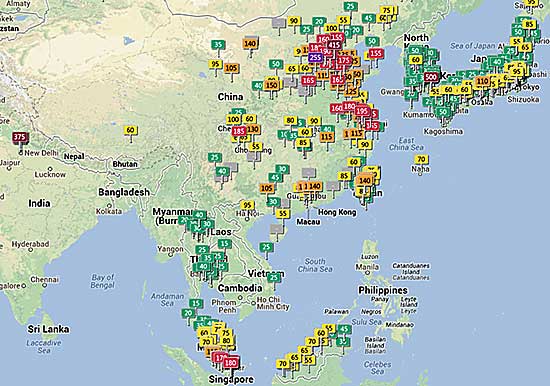 Usually, I don’t write environmentalists post. That’s bothers me . The speech is often the same, never neutral, often too emotive and disconnected. Yes, humans have a great impact on the environment but to say its all his fault. It’s a bit pretentious. The core of our solar system this large nuclear burst that heats us and brings life on this planet called Sun is the leader of the pack.

Green industry and humanitarian who spreads his apocalyptic theories is also an industry where the corruption manipulate public opinion to benefit of some massive budget spend by our government. You have to see the headquarters of humanitarian multinational aid such as World Vision to understand that they not cut in spending. Management drive Land Rover, lives in castles with Jacuzzi and pool in upscale neighborhoods alongside the muddy ghettos of those they came to help.

The recent series of haze did not make me panic as much. However that opened my eyes. That pop my cozy ego bubble. The earth is round everything is connected . One day or another , oil spill left by someone eventually cross our path. Water flowing today somewhere else on the planet will flow here hundreds or thousands of years.

You have to be rich and live in abundance to worry about the surrounding and if our vegetables are organic. If we go back in time for a bit. Let’s say a little more than 25 years almost everywhere on the globe we barely spoke of acid rain and PCBs. 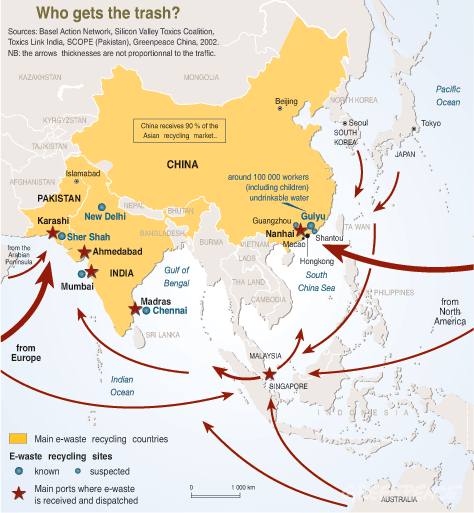 I asked myself, “What can we do to prevent human and large private companies to consume all resources and green spot until the last leaf before the last specimen be informal at a museum” Most of the major industrialized countries have already exploited their natural resources to their maximum and often more than it should . The rope is tightens on the areas still rich in natural resources which are often inhabited by poor people, in crises and governed by people who despise them. Till the day a saviors in a black suit landed in their shiny iron birds in a spirit of sharing and progress forgetting behind a suitcase full of banknotes.

It is perhaps worth as neutral bodies help the poorest countries to preserve their natural environment, their fauna and flora in an acceptable proportion to maintain their heritage and know harmonious growth . It remains difficult and pretentious to go see people on their land and tell them they should not do this and that even when we were doing the exact opposite . The UN should form an independent group to identify critical natural corners of the world and protect them a bit like the UNESCO World Heritage Sites .

We will have to ask serious questions about the remaining green spaces. Without having done an exhaustive search , it is almost certain that many around the world are growing deficit therefore biological filter and agricultural land . It might be for astronauts if you look at the earth from up there. We see more green and blue than gray on our planet? Canadian astronaut Chris Hadfield he had the taste to play “Goodbye Blue Moon” by Pink Floyd to ” Space Oddity ” instead of David Bowie ?

Do not dream of the young generation last green heaven; do not want life in the rice fields on the farm and in the dark factories. This is far from the big ” finish Him ” Mortal Kombat . When the money comes in , foreign , TV and smart phones. It’s over, they do not want to walk 50 km to fetch water. They want to see the world , have fun, and let the belly fat watching TV like us .

Alone, with his ego, is good consumed. It’s sweet without pain. But in the long term, we must control his impulses to ensure our longevity and our good health. Biodiversity is sure it has meaning. Even at the level of the capitalist thing , everyone agrees that there are more offers and more diverse things, and individuals energize and enrich each other.

With many third world countries and acceding countries getting richer is to transform its very poor classes in middle-income family. Highly populated and private luxury places since the dawn of time as China , Indonesia , Myanmar, Laos , several countries in Africa, Mexico, and Brazil. It would be better to be good advice and even big brother. Its emerging countries need help to make an informed and intelligent non-impulsive choice to private and commercial offers that will solicit them with suitcases golden handful .

LPrivate and personal interests have created disastrous cuts with a chainsaw and left a handful of peanut instead of lush resource. In countries disorganized , with little education, and corrupt governments, poor farmers are being offered a fleeting fortune and poisoned.

How can we preserve World Heritage Green equitably for all? How can we help without taking only our interests into account and not playing the human god who hold the truth?