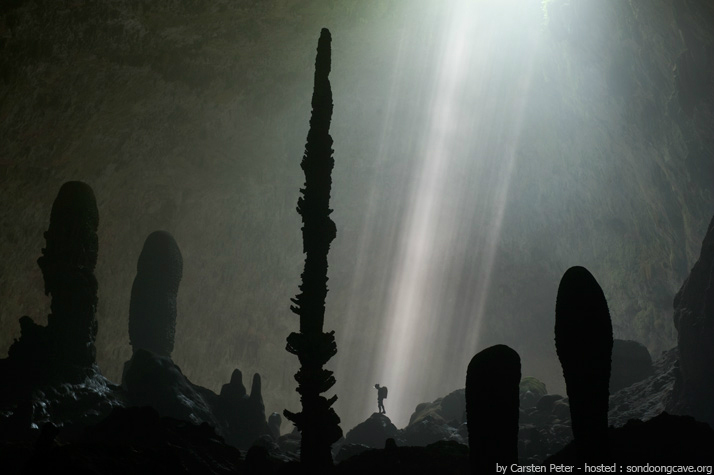 Soon Doong means “Mountain River Cave” and is the world’s biggest cave at an impressive size of about 9000m in length, 200m wide and 150m high. This is about twice the size of the Deer Cave in Malaysia, previously considered to be the world’s largest cave.

It was first discovered in 1991 by a local man who only entered the entrance, but not until April 2009, when a group of British cavers explored the entire cave with its own jungle, a whole river and even a new species of plants! 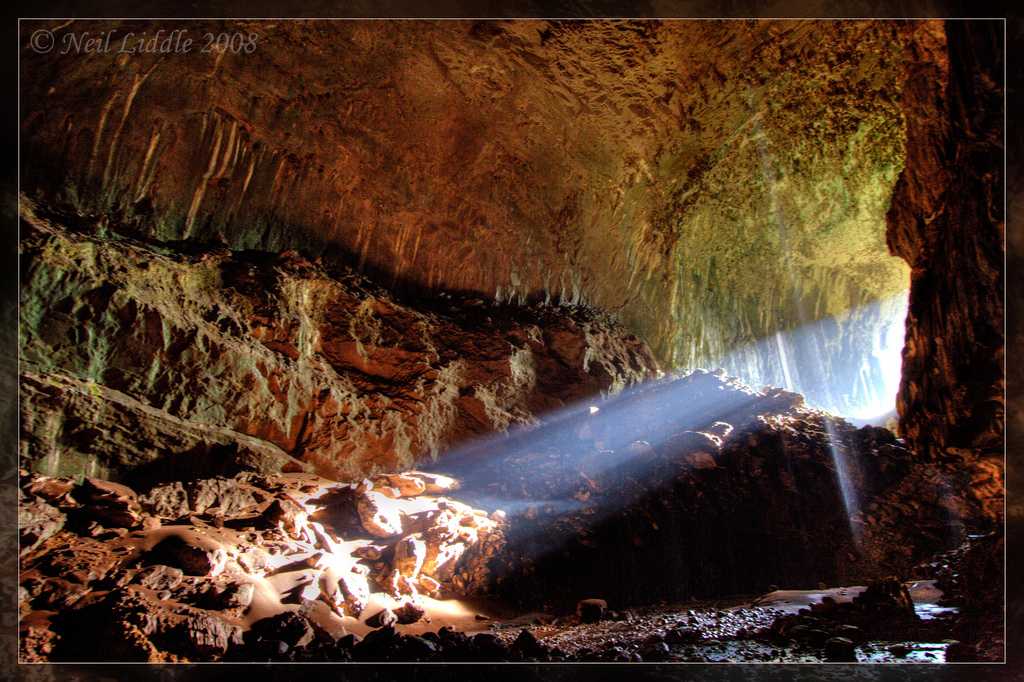 The Deer Cave was previously known as the world’s largest cave until the discovery of the above mentioned Soon Doong Cave. It is part of the Mulu National Park, a UNESCO World Heritage Site in the Malaysian part of Borneo. Known in Bahasa Malay as Gua Rusa, the cave is approx. 2000m long, 90m wide and 100m high and consist mainly of limestone rocks. It is home to two million bats of 12 species, which is more than in any other cave of the world. It gained also popularity though its extraordinary formations, whereat one resembles the profile of Abraham Lincoln.

Located about two hours from Yogyakarta in central Java, the Goa Pindul Cave is famous for its river inside the cave. It is about 350m long and 5m wide and features a huge pillar formed from the join process of stalactites and stalagmites. The must-do: Cave-tubing! Cave tubing allows visitors to sit on a tube and to follow the current through the cave for about 45-60 minutes. 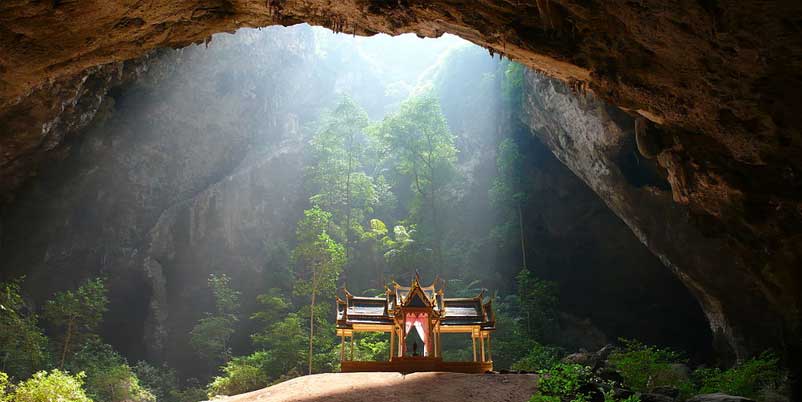 A mere 45 minutes ride south of Hua Hin to the village of Bang Pu, followed by a boat ride or a 30 minutes trek and you will reach the most magnificent cave in Thailand. Since the end of the 19th century a Buddhist pavilion stands on a small hill inside the cave, giving a mystic yet spectacular feeling when a ray of sunlight falls from the hole in the cave ceiling. In order to reach it, you have to do a small but tiresome trek from the beach through an area of rocks and lush gardens; however you will be rewarded with stunning views over the surrounding islands in the Gulf of Thailand.

5. Hinagdanan Cave in the Philippines 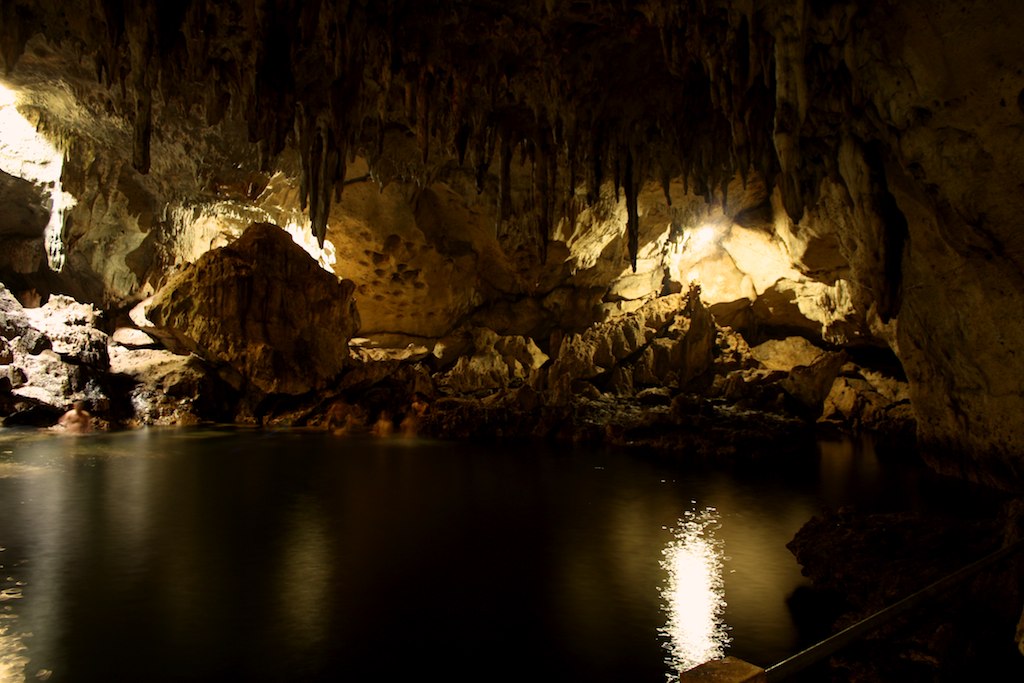 The Bohol Province in the Philippines is not only famous for its Chocolate Hills, but also for its cave on Panglao Island. Hinagdanan diverts its name from “ladder”, given by the local who accidentally discovered it. The cave is made from limestone and has stalagmites and stalactites seeming to almost hit each other. The highlight: a lagoon invites people to jump in for a swim.

Tha khek province is a part of laos not well know by tourist in general. This region got many great features for nature lover, cave, falls and forest for trekking. The Konglor cave is very impressive. at first it look like a small hole in the mountain but after 2 minutes walk through small cavity you got a surprise. it’s a huge 7km cave who cross the whole mountain while a aceiling can reach far as 30 meters…

made with the help of www.how2travelsmart.com